In the early 1970's, during the administration of President Tubman, similar function to that of the EAB was carried out by the National Intelligence Service (NISS), but on the highest national level. Conversely, the NISS was dissolved following the death of President Tubman and the subsequent taking over of power by President Williams R. Tolbert, Jr., leaving the EAB at the time as the only clandestine agency.

2. Under what authorities was the National Security Agency created?
On May 20, 1974, an act repealing sub-chapter D of Chapter 1, Part 1 and subchapter B of Chapter 22, Part II of the Executive Law in Relation to the EAB and the NBI, and creating the NSA was approved. The NSA was left as the only agency solely responsible for gathering national security intelligence, but having to conduct special investigations, whenever the need arises.

3. Who does the NSA Report to?
The NSA reports to no one except the Commander In Chief of the Republic of Liberia.

6. Who are NSA Customers?
NSA provides intelligence products and services to the Executive Mansion, government agencies (such as DEA, LNP, BIN and the AFL), the Chairman and Joint Chiefs of Staff (JCS), military combatant commanders and component commands, military departments, multinational forces, and Liberian allies. In addition, we provide Information Assurance products and services to users of national security information systems and to government contractors, as required. 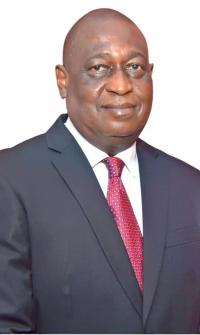