The government wants to protect society from disruption owing to a or crisis. With its National Security Strategy, it is examining the threats, how to prevent them.

National security is at stake when one or more of our country’s vital interests are threatened.

The government of Liberia is doing everything it can to prevent a terrorist attack. The NSA monitors potential terrorists, promptly identifies individuals who may be becoming radicalized and provides at-risk people and buildings with additional security.

The NSA takes security measures to protect people and organizations that could become the target of attacks. This reduces the chance of a terrorist attack.

Terrorists go through a radicalization process before turning to violence. Teachers and youth workers try to recognize this and report their suspicions to the police and criminal justice authorities, if necessary. Neighborhood teams from the police play an important role in this process. In this way, it is possible to stop radicalization in time and prevent it from leading to terrorism.

The penalties for individuals involved in terrorism are severe. This applies not only to people who carry out attacks but also to those who are planning to do so. For example, planning an attack or completing a terrorist training program are also criminal offenses.

Measures used by NSA to Prevent and Combat Terrorism

We resolve to undertake the following measures to prevent and combat terrorism, in particular by denying terrorists access to the means to carry out their attacks, to their targets and to the desired impact of their attacks: 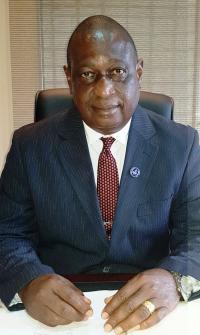